I have written about the role of emotions in decision-making, and the impact of “little things” in an employer’s treatment of employees in morale and retention. If you’ll indulge me, I’d like to chime in on how this concept relates to offshoring – and potential political impacts. Before I begin, in full disclosure, let me refer you back to my lead-in disclaimer from the beginning of my first essay on offshoring vis a vis national security. 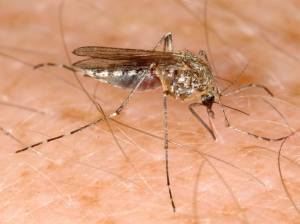 As my Macroeconomics teacher used to say, “Offshoring produces a ‘pinprick’ of localized pain, while the benefits of lower prices nationally means it’s a net positive to the economy.”   But to build off the famous quote by the late Speaker of the House Tip O’Neill, “All politics is local”, I will opine “All economics is personal.”

When a factory closes because of offshoring, it’s not just the people who lost their jobs and their immediate families who are affected. There is the money multiplier effect of the lost income on an entire region (e.g., witness the effects on Flint, MI and a widespread surrounding area from a strike some years ago). Assuming a person who has lost that job finds a new one, there are months of lost income to consider – assuming they can find a job at the same or a better rate of pay. And even if they find a job at better pay, it’s hard to recoup the lost income in any reasonable stretch of time. People don’t care about macroeconomic or long-term benefits; they care how they and people they know are affected now.

(Yes, I know the arguments about creative destruction; I am not advocating everything remain static. But offshoring production is not a case where one technology supersedes another, and which I’m all for; it is simply a replacing of expensive “resources” with cheaper ones – “resources” with emotions and dependents.)

If one googles the phrase “piles of cash” one finds myriad articles about companies who are presented as hoarding profit while the population of people in America who are unemployed – including those who have actually given up looking for work – tops 90 million people; the labor participation rate has not been this low in decades. Another search for “corporate profits” also yields many articles; this one caught my eye in particular, with this sentence standing out:

But they’ve still managed to boost profits beyond anything ever seen before because they’ve got away with employing as few workers as possible at as low a rate as possible.

This perception of the top of the pile squeezing the rest is one of the things that fueled the “99%” movement; this perception is fueled by examples like this and this. Envy is a powerful emotion; seeing someone who has “more” – especially when it is believed that the “more” is acquired by unfair means – is so corrosive that virtually every religion has some prohibition against coveting what others have (e.g.,”Thou Shalt Not Covet That Which is Thy Neighbor’s”). Dangerous emotional fuel is being piled up by the perception that those at the top care nothing about their employees, just their individual bonuses regardless of the cost in rank-and-file jobs.

All Economics is Personal

People judge the economy by their situation and by what happens to them. Let’s walk through a hypothetical example.

John Smith works for a vacuum cleaner manufacturer. His $25 per hour salary-and-benefits job is lost when the factory is relocated to China. His factory was one of the few large employers in the area… let’s assume that, after flailing around for a few months on unemployment – representing a loss of take-home income then and there – he finds a replacement job for $20 per hour.

That $5 per hour difference is over $800 a month. To maintain his standard of living, he needs to find a second job, taking him away from his family and friends for more hours than before. His family suffers from that loss of time. He misses baseball games with his son; he misses his daughter’s school play. His wife has to take up the slack of parenting for times that they used to be together, or perhaps she too gets a second job. On top of this, the loss of income across the region is felt in closed businesses whose clientele used to work in that factory; friends, families, and entire communities are affected in ever-widening ripples. Resentment towards those who closed the plant takes firm root.

John hears “egghead” Economists on TV lecture that his loss is actually good for the macro economy; in the store he sees the product of his former employer, now $10 less than it used to be. “Wow,” he thinks, “I can save a whole $10 on my next vacuum.” He mentally compares that $10 with his monthly loss of income and available time. He hears about the company’s record profits and the bonuses paid to the executives. Resentment grows. Another factory the next county over is also offshored with similar effects. His cousin, the family genius who got a Masters in software engineering, loses her job – suffering the double indignity of having to train her offshore replacement before being shown the door. She eventually commits suicide, with the corporate statement of sorrow sounding hollow at best; the corporation rationalizes the action by saying “Well, we only did it to less than one-half of 1% of our staff.” *

People start to talk; talk gets angry, and turns to actions. Letters start to flow to the local newspapers, and to local politicians. The more extreme protest at executives’ houses. Politicians, whose jobs depend on votes, start to listen – and consider ham-handed, reactionary protectionism.

A Race to the Bottom 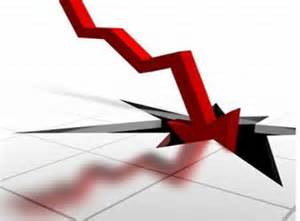 My late father, a Harvard Business School professor for 35 years with 15 years in other business schools after that, once told me that free trade transfers wealth from one country to the other (he gave me an excerpt of the disturbing book Race to the Bottom, which he had been sent by the author). Wages rise in other countries even as wages stagnate domestically. As rising Chinese wages are lessening the profit benefits of moving production there… so attention switches to Vietnam, Cambodia, and other countries; similarly rising IT wages in India are driving the search for other countries to which to transfer IT work. A population-weighted average of salaries, done globally, does not bode well for people in America. Wages are already stagnant for the lower and middle classes while people perceive the upper class getting richer at their expense.

As a person who did Design for Manufacturing and Assembly as my graduate research, who has had first-hand experience with how products can be designed/redesigned to be low labor cost and production lines can be set up to be efficient and lean, I firmly believe that motivated American workers can compete and be the low cost/high quality producers… if upper management will give them the chance. But just as people ignore the forest for the trees (e.g., the price per pound of a material vs. the price per part) it’s easy to get lost in the labor rate comparison – and ignore other factors like productivity, quality, language, culture, communications delays, and logistics.

Visionary companies are now looking at keeping jobs here. Industry groups are springing up to help companies examine their costs more closely with the goal of keeping jobs in the US. This makes more than pure economic sense; it makes sense to help America keep a thriving middle class – and avoid a tidal wave of resentment.

When offshoring threatens peoples’ security, people react – and react strongly. Although the free market and free trade are beneficial, when the results impact people personally and negatively, appeals to macroeconomic arguments will fail as people perceive – emotionally – that they are being screwed.

Companies considering offshoring need to factor in the political dimension to their action as well as the financial. A closed factory, an offshored office, are not viewed by those displaced workers as an economic decision no matter how it is presented as such. They are viewed as a blow to their survival; they are viewed as “the rich get richer while we suffer”. There needs to be the capacity in the national economic system to absorb these displaced people, and to offer them a step-up as a replacement. Today offshoring is not a mosquito pinprick here or there, it is a swarm, tapping economic blood faster than the system can regenerate. 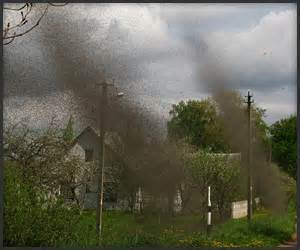 Without that ability for people to believe that the offshoring was a good thing in their lives it will breed resentment, which can fester and grow. Ignoring the emotions and impact not just on employees – but entire communities – companies pursuing offshoring risk a protectionist backlash.

We in America have been blessed with a security and stability rare – if not unprecedented – in the world. We transition governments from one administration, from one party, to another peacefully, and both parties understand the benefits of free trade.

But company leaders ignore the emotional consequences of offshoring at their peril. When a “tipping point” is reached of a majority perceiving contempt and exploitation by corporate leaders as people see their lives disrupted while executives collect bonuses, politicians will react sensing their own careers at risk. A tidal wave of protectionism can slam through macroeconomic appeals, facts, logic, and lobbying when the ultimate political deciders – voters – want it badly enough en masse.

Consider, while pondering a decision whether to send jobs overseas… will your decision to close a plant or office and move the jobs offshore trigger enough letters to become the proverbial straw that switches a politician to a protectionist – and even punitive – view?

* Based on actual events and comments from the company as stated in the article.