As a Mechanical Engineer with a number of different companies, I’ve visited lots of suppliers – on trips to see prospective or new suppliers, visiting established suppliers, or to see someone who is “best in class” as a part of my ongoing education.  I’ve learned to keep my eyes open on these visits, and have found I can learn a lot more by seeing things with my own eyes than all the promotional literature they might send me.  Metrics and brochures are nice, but there is absolutely no substitute for seeing their production area firsthand.

One example of this is a visit I made to a supplier I found at a Design-2-Part trade show.  You probably know the routine – you go to a trade show, you do the “trade show dash”, handing over your business card, pre-printed sticker, or getting your badge swiped to have them send you information.  In a week or so you get a large package of information, followed by persistent sales calls.

After one show I got pursued by a local company who claimed their “sweet spot” in machining parts was right in the volumes and sizes we required.  I arranged to visit.

Overall, the layout of the place wasn’t bad.  I’d seen better racking of parts; I’d seen worse.  Cleanliness was OK – after all, it was a machine shop.  Metal chips and machine lubricants are part of the business.  But then I went into their quality area as a part of the tour.  Brace yourself: There, on the granite-slab inspection table, was their gauge pin set box, empty.  All the pins were in a pile, like the opening of a game of pick-up sticks.

A while ago I wrote an essay that included the thought that you could learn something bad about a person that is so overwhelming, it tells you everything you need to know about them.  Companies can have the First Rule of Sewage apply to them too.  This was this company’s “sewage moment”.  I went back to my office shaking my head.  A few days later the sales guy called and asked whether or not I’d be interested in a quote.  No, and I told him why.  He huffed and couldn’t believe such a “little thing” could have affected me so, and again cited their ISO certification.  I told him, flat out, to not bother calling me again.

Had I not visited to see the place in person, that little detail would not have been seen; based on their metrics and other promotional information, they sounded like a decent supplier.

While at Ford Motor Company, I was the Lean Manufacturing champion for a plant early in the process of taking steps to make manufacturing lean at the company.  I attended several courses and seminars, and visited any number of “case study” locations.  One was a company that molded, assembled, and painted instrument and console panels.

One of the big hurdles in making a manufacturing facility lean is when processes have vastly different cycle times.  In this case, the assembly and painting operations had a TAKT time of, perhaps, 15-20 seconds.  Injection molding the parts, however, had a cycle time of about 60 seconds.  The way they handled it was nothing short of beautiful. 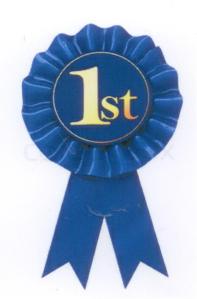 Each molding machine operator was responsible for a group of 4-6 machines; each machine group was responsible for 8-10 different molded components of similar size and each group also had their own storage rack for the necessary molds (numbers from fallible memory).  Each mold had specific process set-up instructions for each machine in the group.  Parts were packed in bins, and loaded onto part-specific roller storage racks from which the downstream operation pulled.  The roller storage racks were painted with green, yellow, and red; as parts were pulled and the stock used up, colors painted on the rollers were exposed in progression:

Green: Adequate supply for the next downstream-operations’ shift.

Yellow: The part in question will be exhausted in the second half of the current shift.

Red: The part in question will be exhausted within the first half of the current shift.

This simple color-coded racking system for WIP visually told the mold machine operators what mold to put into the next machine in their group.  Mold changes were less than twenty (and closer to ten) minutes last-part-to-first-good-part, and operators ganged together into a team whenever a mold was changed to ensure this.

Were I ever to be working in a molding and assembly facility again, or a similar situation with mismatches in process time, this would be the way I would handle the interface between the areas.

Suppliers can save you

I am a firm believer in the idea that while businesses do business, people do favors.  A good supplier-customer relationship can result in benefits for both sides.

While working in climate control for Visteon I was working on a cost savings project that required a mold alteration.  Essentially, I was changing the design of a molded part to integrate a separate component into that molded piece.  This would eliminate a stamped metal shield from the assembly and the two screws which held it on; the operation took the majority of a person’s time at their station, and the elimination of the stamped metal piece, two screws, and labor was an estimated $180K savings per year.

I knew my design would work, but I didn’t know about the impact on the mold.  I was initially told by the supplier’s sales representative that my design would require a new mold.  This was still a viable cost-savings project, but the new mold was over $40K – cutting into my projected savings.  Since they’d keep the molding business, a new mold made sense for their bottom line as they had the capability to make the new mold.  Keep the molding business, make a new mold – all good from their point of view.

Instead my contact – with whom I’d developed a solid relationship – recommended a few, subtle changes in my design that eliminated the need for a new mold.  This saved Visteon a lot of money but cost him the sale of a new mold… but his decision to help me cemented our relationship..  From then on I knew I could trust him, and he knew I would do everything I could to steer business their way.  And I did – even after my being laid off a month or so later. 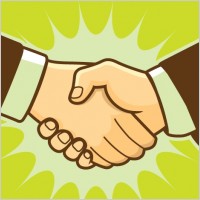 A further thought about such relationships, added upon reflection… strong personal relationships with supplier representatives is an incredible networking resource should you be on a job hunt.  Companies that supply the employer you just left (however you left it) likely also supply other, similar companies in the area.  With personal recommendations being one of the most powerful things in job-search networking, this can be an invaluable resource for you!

You cannot not visit suppliers, and cannot not visit them regularly.  You never know what you might see that gives you unwitting and unintentional insights into how they do their business – for good or ill.  You can learn things that you can apply to your own continuous improvement program or glean lessons for future expansion plans.  And the relationship you build with the people there can create a partnership for long-term, mutual benefit… both in business and if you are in a job search.

Make a list of your suppliers, and get thee into a plane, train, or automobile.  You will be glad you did.

3 thoughts on “Visiting Suppliers – A Critical Part of a Business”